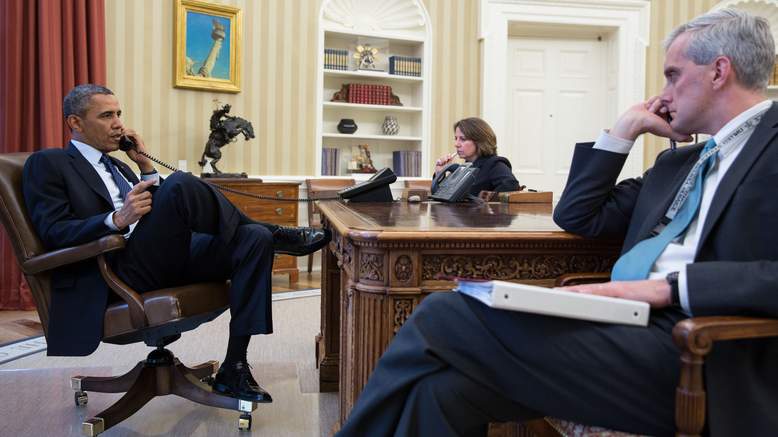 WASHINGTON, DC – APRIL 15: In this handout provided by the White House, U.S. President Barack Obama (L) talks on the phone with FBI Director Robert Mueller to receive an update on the explosions that occurred in Boston, in the Oval Office of the White House, April 15, 2013 in Washinton, DC. Seated with the President are Lisa Monaco, Assistant to the President for Homeland Security and Counterterrorism, and Chief of Staff Denis McDonough. Two people are confirmed dead and at least 23 injured after two explosions went off near the finish line to the marathon. (Photo by Pete Souza/The White House via Getty Images)